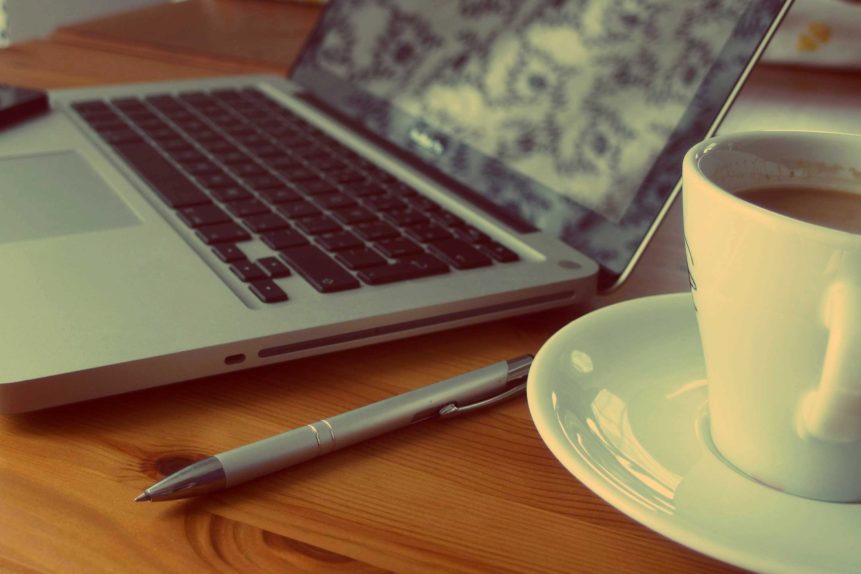 A couple of blog posts ago I wrote a step-by-step guide on how to get yourself a ‘proper’ email address (so it’s @[BANDNAME].com rather than @gmail.com) and as my colleague was proofreading the post I rather excitedly exclaimed; “Oh! I could do one about email etiquette next!”

The fact of the matter is the people who you’re getting in touch with will receive a buggerload of emails every day, more than they can probably reply to, so, therefore, a good few will be left behind. It’s therefore in your interest to make your email as lovely and reply-able as possible so it doesn’t get instantly deleted or printed out and then set on fire if the recipient is having a particularly bad day.

Follow these few simple rules and you’ll be several steps ahead over some of the utter dross that graces my inbox on a daily basis. I’ll write this post as how I personally like to be emailed, but it should be relevant for most industry types.

A sentence or two regarding something which could be completely unrelated about the actual reason why you’re sending the email just to warm me up and inform me that you’re actually bothered about chatting to me/Sentric rather than just a blanket email is a lovely start. Many artists think they get around this by ensuring the email starts ‘Hey Simon!’ and then what follows has clearly been copied and pasted from an email they’ve sent potentially a hundred times before (extra hilarity points are scored when the email contains several types of formatting/text size/fonts etc).

There is enough knocking about online about me which within 30 seconds of Googling ‘Pursehouse’ or ‘Sentric Music’ means you’ll have a sentence to open your email with that’ll make me know you’ve done a bit of research. For example, as I write this my Twitter feed is full of the shenanigans I’ve been up to in London these past few days…

“Hey Simon – I see you went to see Tallest Man On Earth the other night, was he any good? How big was he? ROFLICIOUS” etc

Basically; call me pretty before you try and kiss me yeah?

Do try and keep it relevant to what the email is about and also consider what I’d be searching for if I needed to revisit the email later on down the line. For example, the email might be about a new track you have which you want me to hear to see if it has got any sync potential, but if you have the subject title of the email as ‘Sync’ then it’s going to get lost in the 45k+ emails currently sat in my inbox. In this case something like “[ARTIST NAME] new track – any sync potential?” would make sense.

Capital letters are for shouting. Please don’t shout at me. THANKING YOU IN ADVANCE! Unless it’s for a humorous effect of course.

Now I know my grammar is far from perfect and hopefully the, erm, ‘conversational tone’ I employ whilst writing emails and things like this compensate for the odd slip up now and then, but what I’m referring to in this instance are those people who treat the English language with such disrespect that there is a fair argument they shouldn’t be allowed to speak it in the first place.

If you email me ‘utilising’ text speak then please don’t expect me to reply. Sry if dat maks me a snob init.

In fact, last year I was searching for a new flatmate and anyone who emailed me about the room in any form of pigeon English was instantly rejected. My reasoning was if they can’t be arsed to write Simon with a capital ‘S’ then they’re most probably never going to clean the bathroom.

(you’d never guess from this post so far, but I’m actually quite a laid back person, honest)

Your email signature MUST contain the following:

-Name
– Band name
– Mobile number
– Email address (yep, even though it’s on an email)
– Website address (doesn’t have to be your own URL, could be your preferred social media website)

It could also contain the following:

I’d argue not to include an image, but if you are be sure that it’s relatively small and well designed. Here is an example of my email signature if you wanted an example:

Also – some mail clients allow you to have a different signature for new emails and reply emails. If you’re using one that does allow for both then be sure to use that function and have your reply email signature as a watered down version of your regular signature that only includes the key information.

Make sure all links are hyperlinked so I can click on it and be taken to the destination straight away, but at the same time make sure the links are self-explanatory so if the recipient isn’t using ‘rich text’ emails then they can copy and paste the link into their browser. More on this next…

Plain text – literally just the words and nothing else.

Rich text – anything more than the above that can sing and dance and link and have images and colours and all that jazz.

The vast majority of people use rich text emails, but you still have to consider those who don’t. Therefore if you simply have the word ‘Twitter’ on your email signature that is then hyperlinked to your Twitter account, those who use plain text won’t get anything from it. Better to have ‘Twitter: @Pursehouse’ so if they can’t click it they still know how to find you on the popular platform for spouting nonsense.

Know Your CC From Your BCC

Use this when other people need to be kept in the loop with the conversation, but might not actually need to reply or do anything.

Whoever you put in the BCC column will receive the email, but the other recipients won’t see that they’ve received a copy. A bit sneaky, but can be very useful.

By doing that you’ll save me time as I won’t have to piss about finding the original email and I’ll probably feel a bit guilty for forgetting to reply to the initial message and prioritise replying to that secondary email.

Don’t abuse the high priority option on an email. In fact, just don’t use it. They rarely are. If something is actually ‘high priority’ (like if you need that bone marrow back I borrowed off you) then it probably needs a phone call rather than the addition of a couple of cheeky exclamation marks.

I received my first ever ‘low priority’ email the other day and I couldn’t help think that person must have a confidence issue.

Don’t send MP3’s via email unless asked. Read this post on how to use SoundCloud and Dropbox to send music to industry. If you’re going to attach a number of things, say a couple of photos, a word document and a PDF then zip them up first and send them as a single attachment rather than four separate files to help keep things nice and tidy.