ARTISTS: Stats are your friends! 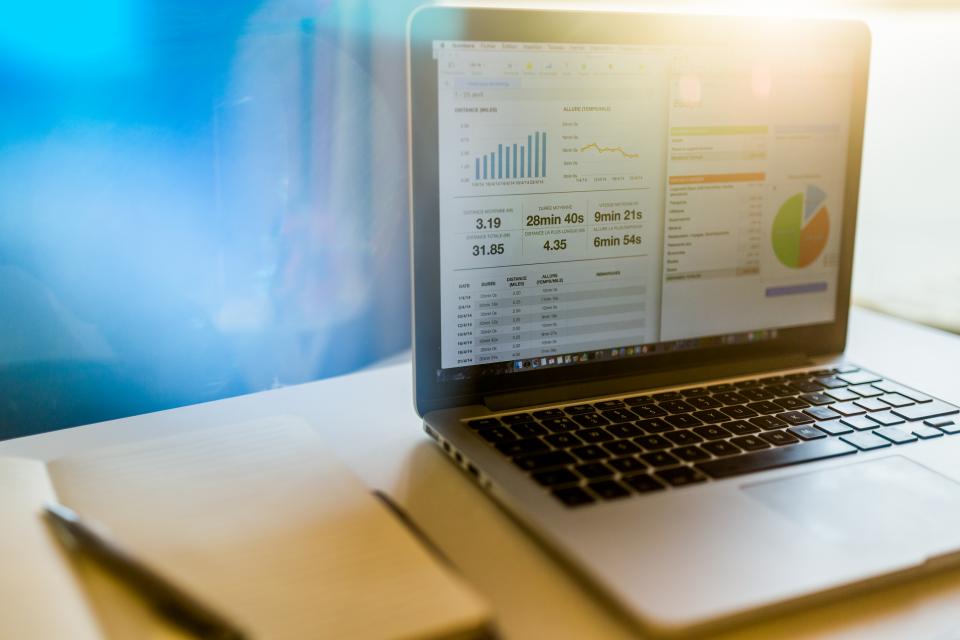 ARTISTS: Stats are your friends! April 2016

I’ve harped on about stats and analytics several times before in the past, but I’ve never really shown you what they look like and, in some cases, how to set them up, so in this post I’m going to go through a few I actually use and recommend you do so as well.

Stats are basically unbiased feedback. Look at them in that light and you should start to see why they can be incredibly useful. Some of the blog posts I thought were the most informative have in the past been the least viral and some of which I believed to be my wittiest tweets have also gone un-RT’d. Whereas the post I did about Metadata, which when I wrote I believed to be a bit too niche (and pretty much only did it to solve a personal problem to therefore have somewhere to send people who kept emailing me shoddy MP3’s), turned out to be one of the most read posts I’ve done.

Did that tweet you send that contained a video of a dancing lizard not get the clickthroughs you thought it would? Whereas the link to a story about Facebook’s redesign got loads? Then consider that for future tweets. Simple no.

Did your blog detailing your opinion on how to finally solve the Middle Eastern conflict by bringing the two sides together; giving them £5 pounds each for ingredients and then seeing who can make the best dish from their resulting loot (or as you called it; ‘Ready, Steady, Can’t We All Just Get Along?’) not receive the traffic you expected? Whereas the blog post discussing juggling a full time job with the dream of making a career out of music in a way that was humorous, but at the same time didn’t make you sound bitter therefore made the readers warm to you and want to give you a hug receive quite a bit of traffic as it was spread by artists in a similar position?

I think you see where I’m coming from. Onward then.

Bit.ly is my URL shortener of choice, mainly as it ties in nicely with Tweetdeck. So get yourself over to Bit.ly and sign up for an account. Once you’ve done that, go to settings and copy your API key:

Then get yourself over to Tweetdeck.com and download their client. I’ve tried a whole host of Twitter clients and Tweetdeck has blown them all out of the water so it gets my recommendation every single time. Once you’re up and running, go to settings and insert your Bit.ly username and API key as requested:

So what does that mean? Well, now every time you put a link into Tweetdeck it will automatically shrink it to a Bit.ly address and will store analytics regarding clicks and sources of clicks. Did you know that if you copy and pasted a Bit.ly link into your browser’s address bar and simply added a ‘+’ to the end of it, you get taken to some lovely stats? Like so:

Over a period of time you can then also check your Bit.ly account for nice overviews of where you’re receiving your traffic from:

You’ll also get to see a timeline of the things you’ve Tweeted to decide what goes down well or not. As you can see below, the link to a Phoenix song I sent out alongside a brief went down quite well and also the link to a story about some ‘Hollywood’ folk shooting Captain America down at the Liverpool Docks did ‘ok’ to say it was just a throwaway, niche tweet:

Another little top tip here is ‘to think small’. I.E. Is there someone you really want to click on something? Remember the last post where I showed you how to send music via DropBox and SoundCloud – well you can use Bit.ly to find out if your links are actually being clicked.

For example, at the time of writing we have a brief in from Burberry who are looking for some new music for an online ad campaign and a few hours ago I sent them a bunch of tracks and using Bit.ly to shorten the URL’s I know that currently, they’re yet to listen to them:

This doesn’t currently worry me as they didn’t actually want the tracks for another four days, but I’ll be sure to check back then to confirm that they have indeed had a listen to what I’ve sent them.

(UPDATE – a few hours after I wrote the above) El voila!

Not only do I now know that the client has received the tracks, I also know they prefer to download a ZIP file of the MP3’s rather than stream them online, so I’ve now made a note of this preference and in the future I can send them music the way they want it.

WordPress is my blogging platform of choice. I’ve used it for a good few years now and it’s always been rather lovely to use. Also, the analytics are great. It will let you know where people finding your blog:

What your most successful posts are:

Let you know what search terms people are using to find your blog:

The above is a good example of bizarre traffic. I’ve made a couple of Jesus based jokes in previous posts and as you can see, it’s resulted in a bit of traffic finding the blog. In theory, I could write a new blog with loads of bizarre references to Jesus and Josh Homme starting a new band together (Them Christian Vultures? – there must be a better pun than that, feel free to contribute your own) and it could potentially gain some decent traffic.

Ultimately that’d achieve nothing though as the reader would quickly realise that the blog actually has nothing to do with their favourite vodka swigging, guitar-toting, bad ass mo-fo rock star, or indeed, Josh Homme and quickly move on.

After using various other email management clients throughout the years I can confidently say that Mailchimp surpasses them all in terms of outright niftiness. The accounts are free for mailing lists up to 1,000 addresses long and then are still reasonably priced after that for what you get. For each ‘campaign’ (read: newsletter) you send out it’ll give you all the essential info you need to know:

After you’ve sent out several Newsletters it will start grading the subscribers on your list, giving them a rating out of five stars. The pictures below show the overall rating and then the individuals that comprise said list:

They determine the star ratings as:

This is a great tool to have as you can simply delete the one stars if you have any and even send separate emails to the five star members, maybe thanking them for being so lovely and treating them to a free track or two. Mailchimp will also inform you of what has been clicked on all the newsletters you send:

So just as with the Bit.ly analytics earlier on, it will allow you to spot any trends in what your subscribers like to have a cheeky click on.

They’ll tell you which of your tracks have received the most listens that day/week/month/year etc:

Where those listens came from in the world:

And particularly handy, where those listens have come to on the internet thanks to the ease of use the SoundCloud widgets offer (‘null’ being on the SoundCloud site itself):

There was one particular day we received a noticeable surge in traffic for a track I randomly put up a while ago and thanks to the stats above I discovered it was thanks to people discovering the track via ‘Hype Machine’. You may be very well surprised where your tracks are knocking about on the Internet if you have a SoundCloud account and allow people to embed them for their own use.

I’m not going to go into Google analytics on this post as it’s most probably worthy of an entire post and a half within itself and also it’s not as easy to incorporate as the different ones I’ve already mentioned above. Quite simply; if you own your own URL then add Google Analytics to your site. The wealth of information it offers you is dazzling to say it’s completely free.

Not really ‘stats’ per se, but go and do it anyhow. Basically, you tell it a few key terms (so your artist name, maybe the title of your album and maybe an ex-girlfriends name as well if you’re curious) and Google will alert you (hence the name) every time it is mentioned on the net. Simple and incredibly effective as it may allow you to discover fans you never had, or indeed, critics you never wanted to have.

There have been times when Google Alerts has informed me of people praising Sentric on various message boards around the country, which therefore allowed me to go and thank those who were being so kind. And it has also brought to my attention people bad-mouthing us because they didn’t fully understood what we do here, which allowed me to contribute to the discussion and clear up any misunderstandings so our name was besmirched no more.

Are there any you think I’ve missed out? If so, feel free to get in touch or comment below.