To begin: Landing a sync is hard.

The good news is the internet is a wonderful place full of free advice which will help you in your quest. If you follow these points you will be proverbially furlongs ahead of your nearest sync rivals (which is nearly *everyone* in the recorded music industry by the way – fun fact for you there).

Firstly – just who the hell am I and what gives me the right to tell you all this?

Hello, I’m Simon and I’m the Global Director of Music Services here at Sentric Music and I previously headed up the Sync and licensing team. Thanks to years of mollycoddling sync agents and music supervisors, (buying them drinks, asking them how their families are and being general comic relief for them when they ask me to send over a dubstep-jazz-fusion track within the next twenty minutes which needs to have specific lyrics about the storming of the Bastille) I’ve been able to get our artists’ music used on TV/movies/games/adverts worldwide.

I have a lot of artists approach me on a daily basis informing me their music is “syncable” (first tip – never use that word, that’s not your judgment to make) and a lot of them are guilty of mistakes so silly they make the Chuckle Brothers appear like MENSA hopefuls. Hopefully, this will help you avoid these said foibles.

Note: there’s a lot of ‘extra reading’ links within this post as I’ve gone into these points in far more detail before. If you’re taking this music-making malarkey seriously and you want it to be your livelihood then read them all, please. After all, what’s an evening’s homework in the grand scheme of things if it means you can quit your job and piss about on the guitar for the rest of your life?

1) Get your product up to scratch & apply self-censorship

Now, this is the tricky one, as it requires you stepping back and listening to your material devoid of any bias. I’m sent an astonishing amount of music which simply sounds terrible – and this has absolutely nothing to do with personal taste; we’ve had plenty of music synced on big projects which I’d never personally listen to – this is purely a matter of production quality.

Unless you make electronic music then it’s pretty much safe to say that bedroom recordings are rarely ever going to be at a high enough production standard to be syncable. Unless, of course, you’ve invested *a lot* of money turning your bedroom into a pint-sized Abbey Road.

Simply listen to the music you hear on TV, films, games etc and ask if your music is as sonically sound as that? Honestly now? If it is then lovely, you may proceed. If not – get into the studio, please.

2) Have instrumentals at your disposal

Every single time you record a new track you should be getting an instrumental version done at the same time. Be sure to agree this with the studio/engineer at the beginning of your session as they might charge you a bit extra for this.

We’ve had artists lose out on five-figure deals here due to them not having an instrumental version of their ditty available so be sure to avoid this costly mistake.

3) Get your metadata right

Pretty much every music supervisor I’ve come across uses iTunes so be sure all this information shows in that and you should be laughing. If you hate iTunes; stop moaning and wind your neck in, you’ve got to play by the music supervisors’ rules on this one.

I harp on about metadata so much that it will no doubt be included within my epitaph in some which way or form. At least all the spelling/grammar/capitalisation of the text on my gravestone will be right though eh? And not: “Here Lies [UNKNOWN ARTIST]”.

4) Know your rights… Or at least who has them

For your music to be synced on *anything* at all two copyrights needs to be cleared; the master copyright and the publishing copyright. Be sure you know who controls both of these copyrights and that they know how to get hold of one another in case they need to discuss clearing the track in question for a sync opportunity.

Stereotypically the master copyright is controlled by whoever paid for the recording. So traditionally this would be the record label, but in the modern music industry, this is now quite often the artist.

The publishing copyright is controlled by the publisher (which is what we are here at Sentric), but bear in mind that a track might have a number of songwriters who may have different publishers – all of which would need to give permission in order for a sync to go ahead.

There are many examples of huge sync deals that have fallen through because the publishing copyright was split between a large number of people and some chancer who had 2% of the track for contributing a forgettable throwaway line couldn’t be found because he no longer lives in his mum’s attic (actual true story that – for a six-figure deal as well).

5) Research the right people to approach

The synchronisation chain of command stereotypically looks like this:

Music supervisors usually have two types of filters where they source music from for their various projects:

Professional filters: These are the people they approach when they have a brief from the project manager and need a selection of music. That, basically, is us; the publishers and labels (could also include ‘sync agents’ who rep your music purely on a sync basis) who will look at the brief and filter through their catalogues to find the most suitable tracks.

Personal filters: These are the friends, blogs, magazines, radio stations, DJ’s etc who have a knack of recommending music that tickles their fancy. Every so often they’ll come across a track which they absolutely love and if it works perfectly for the project they’re working on then they’ll do their research, find out who controls the copyrights and approach them about using the track.

For me to become a music supervisor’s professional filter takes considerable time and effort. I first have to take the right approach and prove my worth (why the artists I represent are worthy of their time, what previous syncs I’ve had etc) and then I have to consistently provide them with music that fits the brief. If I send them music that doesn’t work (which people usually do when they’re pushing a priority artist who needs to recoup) then they’ll simply stop asking me to send music in the future. A music supervisor will always prefer an email saying “I don’t have anything like that, sorry” over a playlist of tracks which don’t work and will ultimately waste their time.

Basically; as an artist, you don’t personally fit into either of those filters. So it’s your task to ensure you’re hitting the music supervisors via the people and mediums that do.

Put yourself in their place; would you want to chat directly to 10,000 artists or artist managers when you’re looking for a track for a certain project?

No. Of course not…

You want to chat to twenty trusted people who each represent five hundred artists to send over a handful of tracks from their catalogue.

So my tip here is:

6) Get your first impression perfect, it’s the biggest hurdle of them all

First impressions are astonishingly important – if you get it wrong at step one then you rarely get a second chance. I have a lot of music and artists here at Sentric to listen to on a daily basis. If you get in touch and are either rude or make it incredibly difficult for me to listen to your music then I’m going to move onto the next email in my ever expanding inbox.

The further reading link below is properly essential…

7) Sell yourself by telling me why other people who are more established than you, like you

From my years of doing what I do, I’ve reached the conclusion that hyperbole is a dangerous substance, which is potentially more addictive than nicotine. Rarely do you come across an artist who uses it sparingly or wisely; they never just ‘dip their toes’ in the pool of praiseworthy adjectives available to them and as a consequence end up with a number of paragraphs which, if I were to believe what was written as gospel, describe a catalogue of music which is so sonically perfect that it’s a wonder I don’t instantly burst into delirious bouts of hysteric tears upon hearing them due to their inherent beauty.

You think you’re good, and that’s nice, but you’re biased. Instead, I want you to tell me who else thinks the music you’re making is exciting, those people who, by praising you, are actually taking a risk.

When I send music supervisors tracks for a project I’m not just sending them the MP3s – I’m telling them why these songs are exciting and why they should want to use them over the thousands of other ditties they’ve received. Things that turn them on include:

– Key radio airplay from stations such as BBC Radio 1, BBC Radio 2, 6Music, 1Xtra, XFM etc
– Blog exposure from reputable sources such as Pitchfork, DrownedInSound, The 405, The Line Of Best Fit, Artrocker amongst many others
– Notable live shows and tour supports (festivals are great and if you’ve supported someone noteworthy that’s also worth a mention)
– Previous syncs – if your music has been synced before then be sure to talk about this

Also at this point, I should note that your online presence should be well maintained and pretty. I will check you out on Facebook so if it’s a mess and you’ve only got two ‘Likes’ (despite there being four of you in the band) then that’s going to be a turnoff.

If you’ve done points 1-7 then congratulations! You’ve officially done everything you can and you’re now playing the waiting game. Syncs can take a long time to come; there is one particular artist we work with where nothing landed for three years and then within the space of a month three different syncs came in earning them more money in those four weeks than they’d ever earned throughout their careers to that point.

So be patient. Please.

Certain syncs can be gifts that keep on giving if you perform a few simple bits of housekeeping to exploit the exposure to it’s full potential. It’s astonishingly frustrating to see an artist receive a placement on a high profile TV show and then do nothing in terms of promotion/awareness to try and convert those viewers into record sales or simply just new fans.

Basic SEO (search engine optimization) is utterly key here. Put yourself in the viewer’s place; you’ve just heard a great song and you want to discover who it was, you weren’t quick enough to Shazam it (get your music on Shazam by the way); so what do you do? You Google the programme name and the lyric you heard hoping to find out what it was.

If you whack your song on SoundCloud with the lyrics and “as heard on [TV SHOW]” in the description with a link to buy then you’re going to capitalise on all those impulse purchases.

There you go! Quite the read but hopefully worth it. Feel free to email/tweet/comment any praise or grumbles as per usual. 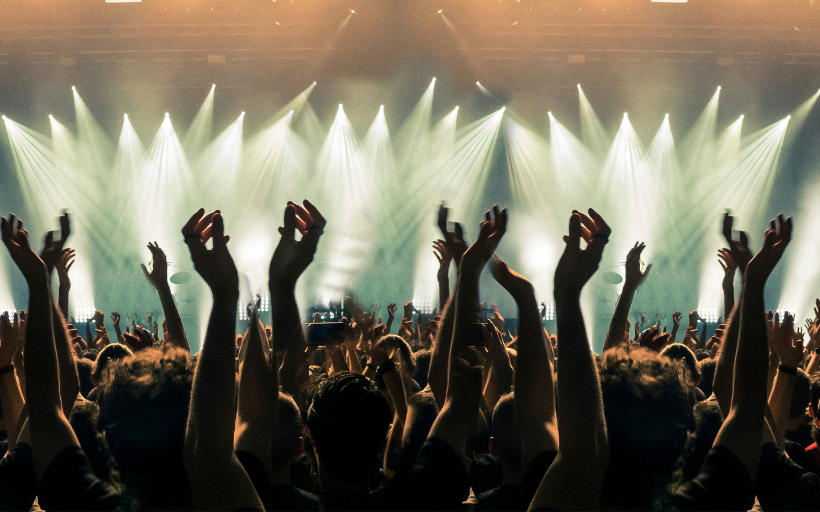