Week 3 – The Song Is Recorded.

Week 3 – The Song Is Recorded.

There is little doubt now in the collective minds that make up Pure-Horse that The Song is ready to be recorded. The giddy excitement they experienced in the rehearsal room has now been confirmed by the great unwashed public, who reacted to their performance of The Song in such a way that any passing patron peeking in through the window could have only deduced that they’d inadvertently stumbled upon some form of joyous cult who’d all just drank the ecstasy-laced Kool-Aid.

“We are LOADED” exclaims the singer, holding a budget of £1,000 in their hands (which they received after successfully applying for the Sentric Academy Fund). With it, they book into a studio where some of their favourite local musicians have previously recorded music that influenced each member of Pure-Horse during their formative years (alongside Strongbow Dark Fruits and low grade hashish).  Welcoming them into the studio is a curious fellow sporting the hair of Phil Spector and the beard of Rick Ruben. He seems impossibly young, yet is the proud owner of a near encyclopedic knowledge of every guitar tone ever recorded since 1958. Name a track (literally any song that ever charted) and he’ll tell you the guitar, the amp and the pedal used on the recording. It’s a feat of memory that has taken a lifetime to perfect, but has proven to be absolutely useless, because as we all know; guitarists aren’t going to listen to anyone other than their own ego when it comes to fiddling with their knobs. The Song is recorded in a single eight hour session which begins at midnight and finishes at 8am with a McDonalds’ breakfast fuelled debrief.

“Well. That was an experience.” Muses the bass player, unwrapping their McMuffin.

“That’s one way of putting it.” Agrees the guitarist, who slurps away at their banana milkshake (that they had to essentially beg for in order to get the begrudging staff to go ‘off breakfast menu’).

“I know we’re overtired, but he smashed it, right? When we played the track through at the end of the session through the monitors it sounded… well, it sounded incredible.” The drummer says, as much to himself as to the others, whilst staring at the passing traffic on the A-road outside.

“Abso-chuffing-lutely” portmanteaus the singer, who is wired on a heart roaring mixture of a can of Monster chased with a double espresso. “This might be the caffeine speaking, but I think we can reservedly and cautiously say that The Song is potentially the most important cultural achievement of the millennium thus far.” There is no irony in the singer’s voice when he makes this statement. No one questions him. They all nod in unison.

So when do they get paid?

Easy now tiger, afraid there are no publishing royalties generated for simply recording your own song, but there’s a myriad of money out there waiting for you when that said recording gets played, streamed, broadcasted, bought, released by a label, downloaded etc. so stay tuned and keep reading.

Not to be confused with when the guys who live next to me in Apartment 42 bang on the wall in an attempt to make me turn down my TikTok sea shanty recording sing-a-long session, because that is a neighbouring wrong. In this post we’ll take a gander at neighbouring rights and why as an artist, you really need to be on top of them as it’ll result in wonderful cash lining your welcoming pockets.

Hopefully, by now, you’ll have read our WTF is Music Publishing, because god knows we don’t half push it, don’t we? And from reading that you’ll now be ever so clued up and aware that everytime a song you’ve written is played/performed/broadcasted in public, then you, the songwriter, are owed money from the subsequent royalties that have been generated. Well, the good news is, there are also royalties out there not just for the songwriters, but also for the performers of the song and the people who own the recording.

In the UK, neighbouring rights (NR) are looked after by the PPL and if you’re a musician then it’s imperative that you join up as a performer if you’ve ever played on anything that’s been released. You’ll also need to join as a rightsholder if you own your master rights (egro, you paid for your songs to be recorded yourself, without any input from a record label).  The reason you’ll need to join twice is because PPL income is split 50/50 between the master copyright owner and the performers on the record.

Much like the world of publishing, each major territory has their own neighbouring rights CMO (Collective Management Organisations). So in the UK we have the PPL, in the USA they have Sound Exchange, in Germany they have GVL and so on and so forth. What we’ve done here at Sentric is join all the major neighbouring rights organisations worldwide in order to collect our artists income directly from those territories as and when the royalties are generated. This results in significantly quicker payments to our artists compared to simply joining one neighbouring rights CMO and allowing them to collect for you for the entire world.

As you may have realised by now; there are quite a few parallels between how we collect both NR and publishing income here at Sentric. Basically, the more neighbouring rights CMOs and publishing PROs (Performing Rights Organisations) your copyrights (both master and publishing) are registered with, the better. More direct registrations equals less chance of uncollected/missing royalties and significantly quicker payments. Bosh.

It would be amiss of me not to say here though that ‘quicker’ still won’t be as ‘quick’ as you’d hope it to be. Unlike publishing royalties which are paid out every quarter, neighbouring rights income is only distributed twice a year in this country, so be aware of that before you start putting down payments on air fryers please.

If you’re an American artist reading this (and you recorded your music in the States) then you’re in a slightly different position when it comes to income that’s been generated from outside the good old USA. Because instead of the income being split 50% to the performer and 50% to the master rights owner, in this situation the full 100% simply goes to the label, but to stress again, this is only for overseas income. The reasoning behind this is long, drawn out, dry and confusing as hell (it’s down to the fact that the USA isn’t a signatory of the Treaty of Rome act 1957), but it might all change soon as the US CMO (Sound Exchange) are lobbying to get this amended to be more inline with the rest of the world.

Also, if money alone wasn’t enough of a reason for you to make sure you’re collecting your neighbouring rights income, then another major selling point of getting your copyrights registered with the PPL in this country is so your music becomes eligible to be used on UK TV. Read this sentence carefully and commit it to memory; your music cannot be played on UK television unless the master copyright is registered with the PPL and the publishing copyright is registered with the PRS/MCPS. I’ll go into that in a lot more detail later on in Pure-Horse’s journey when they land themselves a sync on a leading sports channel.

Finally – yes, your instinct is correct – the term ‘neighbouring rights’ is a really daft name for what they are, so don’t feel like you’re being slow if you’re finding it confusing. As if life wasn’t complicated enough, eh? 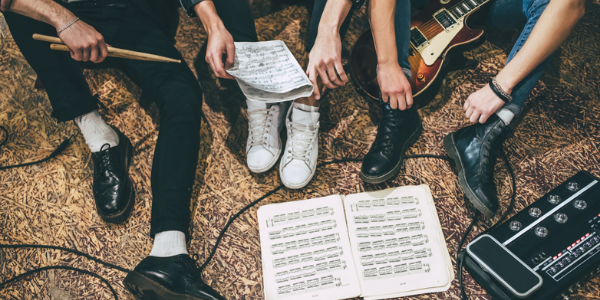 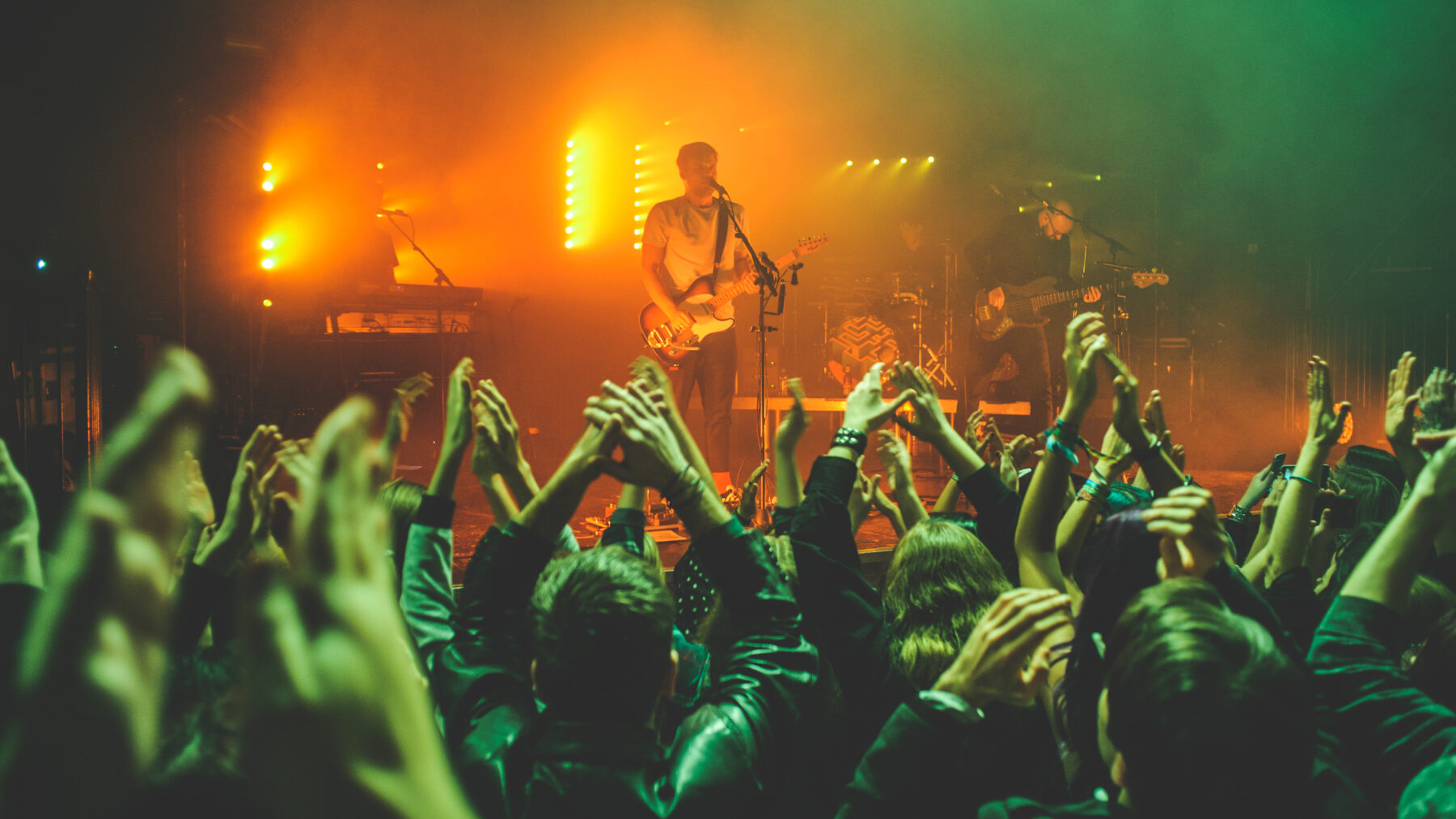